iTunes Store and Google Play are the two main and largest digital media store in the world. They seems to break even in the market of digital media. Maybe this is why people ask the Yahoo Question: Google Play or iTunes Store? And why? From the answers under the question, we can see that people choose iTunes Store or Google Play mostly depending on whether their mobile devices are based on iOS or Android. But it is a misunderstanding that iTunes Store are designed for iOS devices and Google Play for Android devices. So, what is the correct and true difference between them? Let me explain that in several aspects including platform.

Generally, iTunes Store works on all iOS devices. But what people often neglect is that iTunes Store can also be installed on both Mac and Windows computers while Google Play cannot.

The comparable is what both of them sell. iTunes Store surpasses Google Play in music, movies and TV shows while in apps quantity, they cannot exceed each other.

The incomparable can also give us a hint of the storage capacity of the two media store. For example, audiobooks in iTunes Store amounts to 20,000+ and podcast to more than one million. And Google Play Books is the world's largest eBookstore with over 5 million titles and Play Newsstand features about 1,900 free and paid publications.

Take music as an example. Most of the individual songs were all sold for the same price US$1.29 while a few songs may cost a little less like $0.99 or $0.69. However, the albums in iTunes Store may have totally different prices from one to another.

TV shows and movies purchased or rented from iTunes Store or Google Play are all protected from access them freely. iTunes videos cannot be played on any other devices other than Apple devices. Google play videos can be watched on the Google Play website or via an application on an Android device.

iTunes Store is preferable. Why? Because they have a larger storage of movies and TV shows for us to purchase and rent. And the iTunes Store application can be installed on the Laptop so that the purchased or rented movies can be watched on a big screen. What is more, iTunes videos can also be streamed to Apple TV so that they can be enjoyed with our family and friends. 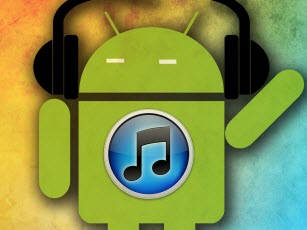 It is very simple as long as you have M4VGear Converter. This Tool can fast and losslessly convert iTunes purchased and rented videos to MP4 format, which can be played on any other Android devices or streamed to any other TVs. And most important, the subtitles and 5.1 audio of iTunes videos will be saved.

Mac Version and Windows Version of M4VGear Converter are both available to download.

Rent or Buy Movie from iTunes, Which Would You Choose to?